For a company, there are many tools that serve as marketing aids. For example, there are flyers, goodies, leaflets and POS. Their purpose is to enhance the image of a brand or to promote the launch of a new product. For a long time, these advertising media have been extremely successful. But with the evolution that is starting to take place in almost all areas, consumers are seeing things in a different light. This is why it is important to integrate innovation into a company’s marketing concept. So it’s all about POS on the move.

Why opt for mobile POS?

Within a company, there is no better way to increase its reputation than by relying on an effective communication strategy. The challenge is threefold: to make yourself known, to make yourself loved and to make people act, i.e. to lead to a purchase. The most important stage is undoubtedly the one where the product must be anchored in the minds of potential customers. In this respect, communication tools play an important role. They must be based on a policy that clearly defines the target of the communication; a message that is easy to transmit and remember; and finally, well adapted media.

When it comes to advertising media that convey messages well or present the products to be promoted well, POS is a must. But today, visual communication is no longer limited to “basic” means of transmitting messages. This is why, as a company, it would be better to turn to motorised marketing. And motorised marketing means mobile POS. They are more eye-catching and can make the sales area more dynamic. At the same time, they are better adapted to the needs of the target group and quickly generate action on their part.

How do you make POS that move?

A dynamic POS, compared to a standard POS, creates an animation. It incorporates a motorisation that allows it to make movements and optimise the “eye-catching” strategy. The movements made by the POS will vary according to the mechanism with which they are equipped. This explains why some POS make rotary, linear, pendular or oscillating movements.

It is possible to integrate a motor in different types of POS, namely: banners, shop windows, displays, turnstiles, trays, podiums, signs, as well as visual doors and wall-mounted POS. The motors can be inserted in the base supports of these advertising tools or also in their tube as in the case of wall POS. In addition to the motor, it is also possible to add sound elements such as chips or voice boxes. These models are often found in displays for childcare accessories or in record companies. Interactive POS are equipped with devices that, as the name suggests, interact with passers-by. These devices are movement sensors which, as visitors pass by, automatically trigger the display of an image, the diffusion of a fragrance or the voice box of the POS. 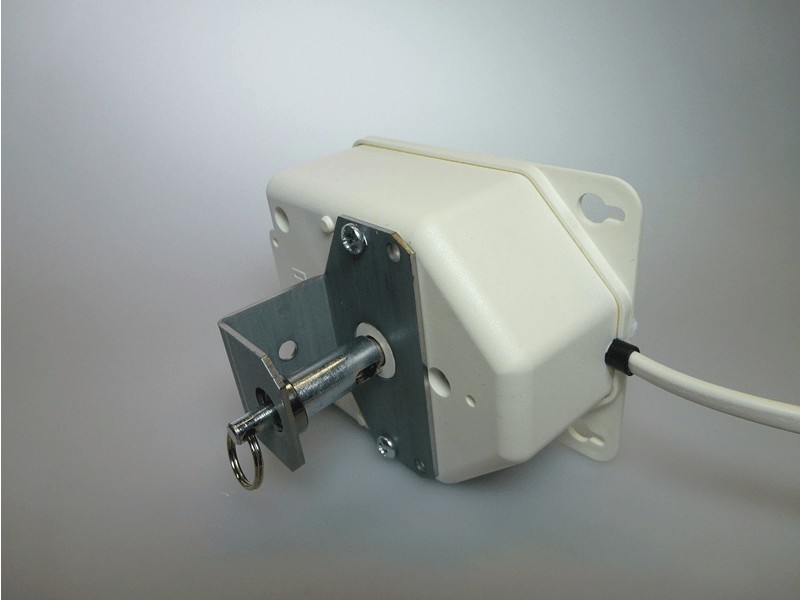 Our products for your POS on the move

Our motors to drive your POS

If you are looking for a motor for your POS, D4D is the reference. Our company is specialised in POS electronics and POS motorisation. We are also able to manufacture music cards such as sound chips and LED solutions for POS. As far as our motors for driving your POS are concerned, you will find both mains and battery operated motors. We can also offer you motorised turntables, both mains and battery operated, which are capable of handling heavy loads.
Contact us